Colt Technology Services has announced that it’s further extending its presence in the Asia Pacific region by bringing its Colt IQ Network to Australia.

The initial expansion will be to the Sydney metro area, with this IQ Network extension opening up new routes between Australia and key Asian hubs; Singapore and Japan.

Colt has been investing heavily in the Asia Pacific region, with the last few years seeing Colt significantly increase its Optical and Ethernet infrastructure in Singapore and Hong Kong. Most recently Colt announced the extension of its SIP Trunking offering to the region, as well as the rollout of its SD WAN product globally.

Last year Colt grew its IQ Network significantly, with the business announcing rollouts and expansions in the US, Spain, Dublin, Berlin and Eastern Europe. These expansions now see the Colt IQ Network connect to more than 27,500 on net buildings and over 850 data centres globally. With the latest expansion to Sydney, global organisations will be able to further take advantage of this burgeoning region, as well as the broader reach and density of the IQ Network.

According to Cisco’s Visual Networking Index, IP traffic in the Asia Pacific will reach 172.7 Exabytes per month by 2022 growing at a compound annual growth rate of 32%; reinforcing the strength of the region.

“Asia Pacific continues to be an increasingly important region for Colt and our customers, so now is the perfect time for us to be extending our presence further,” said Carl Grivner, CEO of Colt Technology Services.

“APAC is becoming a global driver of transformative technologies such as blockchain and 5G, so we want to ensure that organisations working in the region have access to Colt’s agile, on demand, high bandwidth network to drive their businesses forward.”

For the expansion to Australia initially both Ethernet Line and Ethernet Hub and Spoke services have been deployed within Sydney, with IP and Ethernet VPN services to follow. 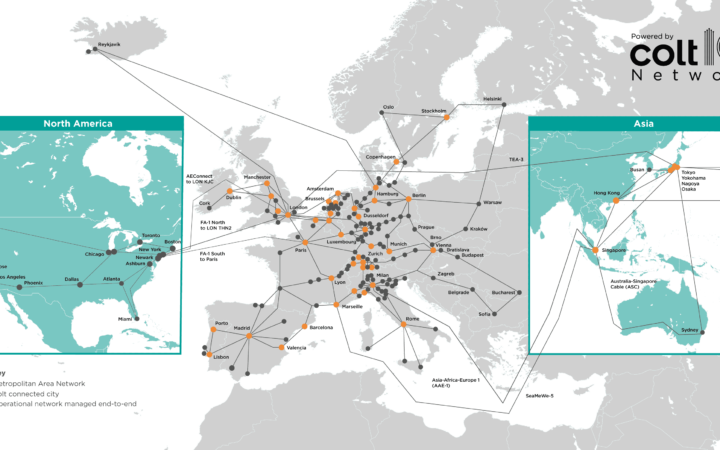