Colt rolls out the red carpet for data at the Berlinale

Companies are increasingly migrating IT functions to the cloud, usually leveraging leading providers’ public cloud services. Most enterprise clients access the cloud services over the internet, but these convenient connections come with risks attached, especially in terms of performance and security.

This is where Colt’s Dedicated Cloud Access (DCA) solution comes in. These dedicated connections provide greater resiliency, stronger data protection, and shorter latency than the public internet. But it’s not only companies beating a path to the cloud. The International Film Festival in Berlin, more commonly known as the Berlinale, has chosen a cloud-based model for its central film management application, in order to streamline the complex administration of the many festival contributions and their screenings. Using Colt’s DCA solution, the Berlinale’s tech team are able to access their cloud resources in a Frankfurt-based data centre via a dedicated connection in the Colt IQ Network.

The Berlinale is a business division of the Kulturveranstaltungen des Bundes in Berlin (KBB) GmbH. With more than 330,000 tickets sold each year, it is one of the largest public film festivals in the world. The festival lasts for 11 days and boasts more than 2,500 showings of over 1,100 films at 19 venues on a total of 50 screens.

Along with other official partners, Colt plays a key part in distributing and showing films at the various Berlinale venues. The network and communication service provider has been a digital cinema partner for the International Film Festival in Berlin for more than ten years now and plays a vital role, since high-quality digital services and the right network infrastructure are integral elements of today’s film business. The majority of the productions shown at the Berlinale are distributed and displayed digitally. This requires technology capable of handling the one petabyte of film data processed each year during the festival – and Colt’s high-performance fibre optic network delivers year after year.

Over the past decade, much has changed in the digital film industry. From the provisioning of the first connections for broadcasting films and events such as awards ceremonies to different venues, Colt and the Berlinale team have introduced one technological innovation after another in the Colt IQ Network.

For example, in 2018, Colt connected the festival’s many venues to its cutting-edge on-demand portal, which is based on Software-Defined Networking (SDN). This portal gives companies complete control over their network, allowing them to increase or decrease the bandwidth for individual connections in a matter of minutes. So Ove Sander, Technical Manager Digital Cinema for the Berlinale, and his team are able to scale the network performance up or down. This is extremely useful, since bandwidth requirements change during each phase of the preparation process and the festival itself.

The cloud is the limit

In order to manage the complex coordination of testing and then distributing the films to each of the screening venues, the core network infrastructure needs to be transparent and fully controllable. Showing the wrong film in the wrong venue is simply not an option. To ensure that the central control software runs smoothly, the film tech team behind the Berlinale uses a scalable cloud-based server located in Frankfurt: with a  bandwidth of 1 gigabit per second, Colt’s Dedicated Cloud Access solution (DCA) allows the IT and tech staff to keep the cameras rolling and access their cloud instances over a reliable cloud connection.

This has several advantages over using a public internet connection, including shorter latency, greater resiliency, and a higher level of security – key considerations for the hitch-free organisation and execution of one of the largest public film festivals in the world.

“For a festival like the Berlinale, having a stable, resilient network infrastructure at one’s disposal is particularly important. Since migrating our central control application to the cloud and accessing it via Colt’s DCA solution, we have been able to significantly increase the efficiency of our entire management process. This frees up our team for other tasks,” says Ove Sander, Technical Manager Digital Cinema for the Berlinale.

Another advantage is that the solution grants film producers from around the world access to the external section of the control application in the cloud, so they can upload the keys for their films and transfer data.

Speedy delivery: from Hollywood to Berlin in 30 minutes

Since 2015, the Berlinale has been using Colt’s high bandwidth service to ensure the swift delivery of film data for the festival. Colt provides a 10-gigabit internet link, which enables studios and post-production teams to transfer their data directly to the Berlinale’s servers in a range of file formats. According to Ove Sander, “this also allows us to integrate the digital delivery of films into our automatic quality assurance and distribution processes.”

The 10-gigabit link connects directly with the central Internet Exchange DE-CIX in Frankfurt. This high bandwidth is required to support the large number of films that are submitted and need to be processed simultaneously as the Berlinale’s deadline approaches. The service is especially popular with film studios in the USA, as it gives them that precious little extra time to perfect their masterpieces – two days’ more, in fact, since this is the time that previously had to be factored in for films to reach Berlin from the US by mail. Digital delivery, in contrast, is much faster, with 100 to 200 gigabytes of film data being sent from Hollywood to Berlin in a mere 30 minutes. And simpler logistics, lower costs, and more time for film studios are not the only benefits. Should there be any technical problems with a submitted film, then the team at the Berlinale’s Film Office can simply ask for it to be transferred again. And of course the Berlinale team no longer has to handle lots of packages.

“Digital cinema has already revolutionised our industry. So having a resilient network in place to reliably transfer films to our cinemas is essential. We want to provide our audiences with the best possible viewing experience. In Colt, we have found ourselves a partner who will help us master the constant flood of new challenges we face with technological innovations,”
Mariette Rissenbeek, Executive Director of the Berlin International Film Festival.

The Colt IQ Network connects the Berlinale with more than 29,000 locations and enterprise buildings in 32 countries.
The Berlinale film festival relies on the Colt IQ Network for a range of on-demand and cloud-based services, connecting over 29,000 locations in 32 countries, including more than 900 data centres and carrier hotels. And it is set to expand, with a further 500+ offices and commercial centres in Berlin to be added to the network by mid 2020. The network is currently optimised for bandwidths of up to 100 gigabit per second, with plans to quadruple this capacity already underway. Colt offers exceptional network service quality, as well as SDN, network function virtualisation (NFV), and cloud services. Spanning four continents, the Colt IQ Network serves as the basis for technology and communication services that Colt’s customers rely on. Colt operates in Europe, Asia and the Americas and can provide extensive, global coverage through contracts with other providers.

Provide fast, stable, and secure access to the cloud-based central film management application for the Berlinale

uCPE: The evolution of the intelligent network and the future of SD WAN

uCPE, or Universal Customer Premises Equipment, is a general-purpose platform that integrates compute, storage and networking into a commodity, off-the-shelf server, providing network services as virtual functions to any site on a network. 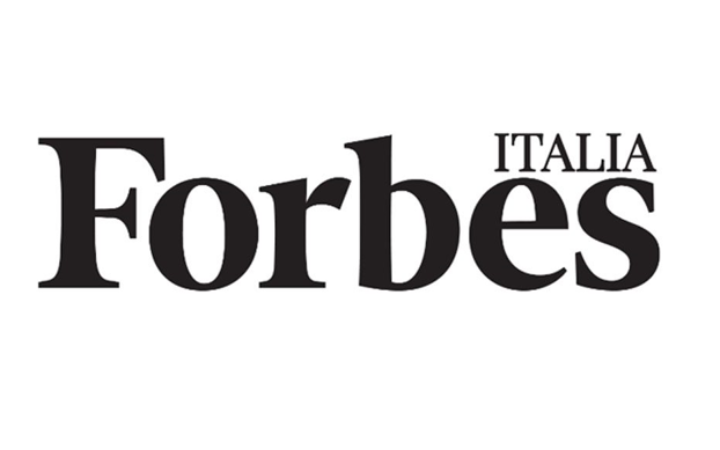 The solution developed by Colt involved implementing the IP Access service, enabling Forbes to make content available over the Internet.

Meeting network demands in the age of OTT

Over-the-top (OTT) has officially gone mainstream. With the global market value of OTT expected to rise to €128 billion by 2022, businesses need to keep up with unprecedented levels of bandwidth demand.

Are you Colt connected?

Join one of the densest, fastest & most reliable major metropolitan networks in Europe & Asia