We are very proud to share that two Colties have been named in the OUTstanding LGBTQ+ Role Model Lists 2021 supported by Yahoo Finance. The global lists showcase LGBTQ+ business leaders and allies who are breaking down barriers and creating more inclusive workplaces across the world.

Caroline Griffin Pain, Colt’s General Counsel and EVP HR, has been included at number 20 among the Ally Executives and Jake Potter, Head of Social Media and Pride Matters, is now recognised as an LGBTQ+ Future Leader.

At Colt, we proudly support our LGBTQ+ employees and Pride Matters is a well-established and influential employee network group at Colt. Founded by Jake in 2019, Caroline is the network’s Executive Sponsor and Jake still leads the group – one that has worked tirelessly to promote equality and inclusivity within our business.

Our dedicated Inclusion and Diversity (I&D) team and global I&D Council – which Caroline and Jake are both part of – have been fundamental in introducing a number of policies to further support our LGBTQ+ staff. These include the Transition at Work policy and the Global Family Leave policy, which considers parental leave in terms of primary and secondary caregivers rather than the previously gendered leave policy. Jake has been the driving force behind Colt’s Ally Training, which focus on spreading awareness in the global Colt community of how to support your LGBTQ+ colleagues in the workplace.

We are on a journey at Colt to become the most inclusive and diverse we can be. We know we still have a way to go, but we’re determined for our company to be an environment in which everyone feels included and able to be their true self.

It’s thanks to the dedication and energy of individuals, such as Caroline and Jake, that Colt is ranked 44th on the Financial Times’ Diversity Leaders listing – making it the top telco on the list.

We are hugely proud of Caroline and Jake’s recognition, and want to congratulate and thank them for the incredible impact they are making, both within and outside of Colt. They are both true role models and we’re excited to see how they continue to champion LGBTQ+ inclusivity and inspire others to create a fairer world for everyone. 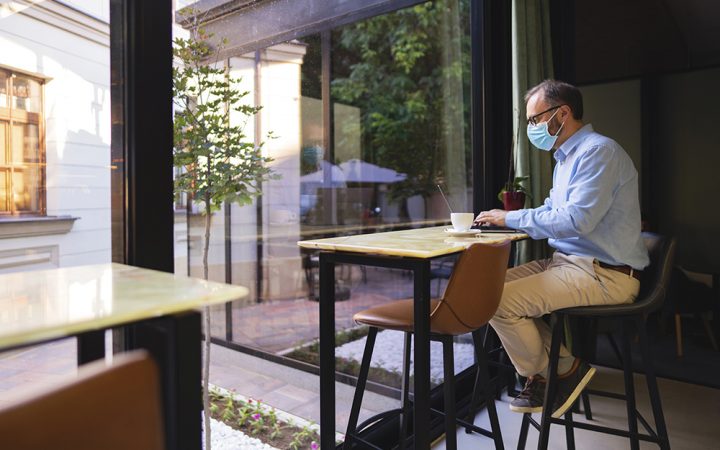