London/Dublin, 28 June 2012Colt, Europe’s leading information delivery platform, today announced that its new network route from Dublin to London is now fully operational, allowing enterprises to deliver information at the fastest possible speed between Ireland and mainland Europe via London with improved resilience and lower costs.Colt’s unrivalled platform for high bandwidth data services and backbone solutions will particularly benefit Ireland’s financial services and ICT sectors, providing both indigenous and multinational companies with market leading connectivity to Colt’s wider European network. Customers now benefit from a record low latency of 4.267ms between Colt nodes in London and Dublin and improved resilience for connectivity up to 10Gbps. The new route is part of Colt’s ongoing investment in its network infrastructure in Ireland and will be followed by an extension from Dublin to Cork, Ireland’s second largest city, toward the end of the year.At a time when Ireland’s ICT sector continues to power ahead and half the world’s top banks have a presence in Dublin, Colt is in prime position to respond to increasing local demand for network capacity. In addition to supplying connectivity in the financial services space, Colt provides network services to the majority of multinationals based in Ireland and is working alongside companies such as Paypal as they expand their operations both nationally and internationally. On the indigenous front, Colt is a key supplier of network services into Europe for Irish-led multinationals, such as Ardagh Group.

Gary Keogh, Director, Colt Ireland said: “Ireland is an exciting place for Colt because of the enormous success of its ICT sector which continues to grow, particularly in the Dublin area. Our continued investment here will ensure Ireland remains right at the heart of Europe’s network infrastructure and the location of choice for large enterprises across a number of sectors.”

“We see significant opportunities in Ireland thanks to its business-friendly environment and skilled workforce. Underpinning this is the need for a world-class network infrastructure and this is where Colt leads the way by providing the last-mile fibre to over 250 locations in Dublin and acting as a vital gateway to Europe,” says Mr Keogh. “Colt continues to actively invest in Ireland since entering the market twelve years ago, providing major multinationals with connectivity back into mainland Europe to support their business needs. The vast majority of the top 30 ICT and finance companies in Ireland are customers of Colt.”

Colt currently carries over 500Gbps of traffic across the Irish Sea – equivalent to 15,000 hours of video every minute of every day. Today’s announcement extends Colt’s total capacity between Dublin and London to 4.8Tbps (4,800Gbps). The route, which is part of Colt’s wider strategic network investment plan for Europe, incorporates the new Sea Fibre Networks cable, CeltixConnect (the shortest, most diverse sub-sea link between Ireland and the UK) and has an optical layer based on the Infinera DTN platform for seamless integration into Colt’s existing 100Gbps ready long distance network.

Halfway through the Colt Charity Challenge 2020

We’re a week into the first Colt Charity Challenge and I’m extremely excited to say that we’ve already ...
Continue Reading →

Can companies afford to delay cloud migration in light of Covid-19?

In the wake of lockdown across the world, many businesses anticipated that their cloud migration projects would be ...
Continue Reading → 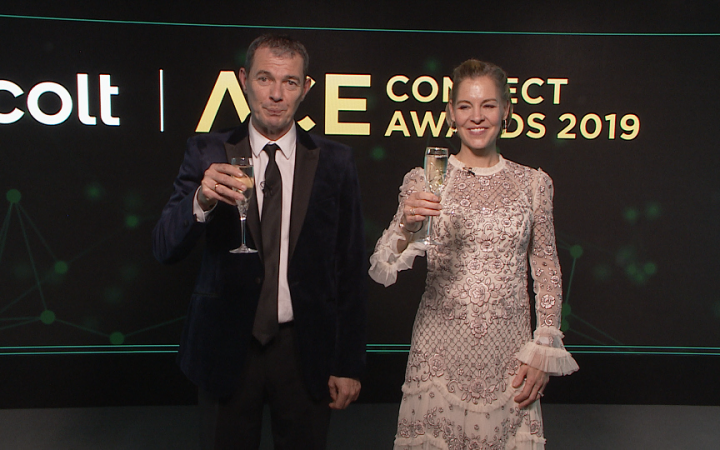