In order to address a booming data centre market in Finland and the Nordic region, Colt Technology Services has announced the expansion of the high bandwidth Colt IQ Network to Helsinki. With Finland’s low power costs and climatic conditions, it is one of the top five most attractive countries in the world for data centre investments (Data Centre Risk Index, 2016). Colt is meeting burgeoning demand for high bandwidth connectivity between data centres and organisations in the region.

Finland is fast emerging as a key gateway hub between Europe and Asia, where traffic is predicted to grow by 278% from 2015 to 2020 (Telegeography). With a skilled work force, stable economic environment and strong data protection and privacy laws, the country is experiencing a boom in data centre construction as well as healthy interest from data centre customers. By extending its existing Nordic network to Helsinki, Colt is providing new network routes including 10Tbps capacity to Stockholm, and a 100Gbps-enabled connection closing Colt’s fibre ring from Finland towards Germany, linking Helsinki to Warsaw and Berlin.

Customers in Finland will also have access to the extensive Colt IQ Network which delivers connectivity to over 700 key data centres and more than 24,500 buildings worldwide, as well as the long distance network connecting Europe to key hubs in Asia, including Japan, Hong Kong and Singapore, enabling businesses to future proof their high bandwidth connectivity needs.

“Finland’s appeal as a hotbed for data centre investment puts the country firmly on the high bandwidth map, attracting data centre operators, connectivity providers and enterprise users,” said Tim Passingham, Vice President of Wholesale at Colt. “As part of our global investment programme of €500 million over the next three years, we aim to create faster routes for customers seeking increasingly demanding SLAs, building on Finland’s strategic importance as a gateway hub between Europe and Asia.”

Colt’s expansion of its high-bandwidth network capabilities to Finland follows its recent announcement of a new point of presence (PoP) in Interxion’s Marseille MRS1 data centre, and its investment earlier this year in the expansion of its Asia metro area network across Singapore and Hong Kong, to address customer demand for high bandwidth transit between Europe, Africa, the Middle East and Asia Pacific.

Colt provides high bandwidth services for enterprises and wholesale customers in Europe, Asia and North America’s largest business hubs. Colt enables the digital transformation of businesses through its intelligent, purpose-built, cloud-integrated network, known as the Colt IQ Network. It connects over 700 data centres around the globe, with over 24,500 on-net buildings and growing. Colt is also recognised as an innovator and pioneer in software defined networks (SDN) and network function virtualisation (NFV).

Colt has built its reputation on putting its customers first, with a focus on delivering true local presence and agility for enterprises that are global yet need local attention. Customers include data intensive organisations spanning over 200 connected cities in nearly 30 countries. Colt counts 19 of the top 25 global telecoms companies and 18 out of the top 25 global media companies (Forbes 2000 list, 2016) amongst its customers. In addition, Colt works with over 50 exchange venues and 13 European central banks.  Privately owned, Colt is one of the most financially sound companies in its industry and able to provide the best customer experience at a competitive price. For more information, please visit www.colt.net 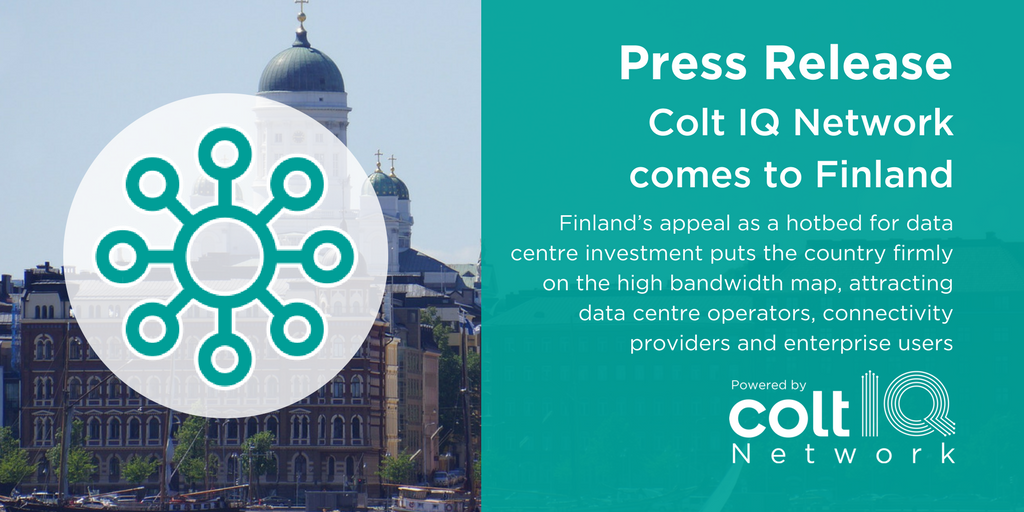 Will your network ruin your end-user cloud gaming experience?

This Humans of Colt story is a special crossover with our Sustainability matters initiative, to celebrate the launch ...
Continue Reading →