The cold countries of the Nordic region will be a hot bed of investment in the data centre sector over the next three years, with an estimated €3.3bn being spent in the region and about half of that coming from overseas internet players.

Recently I read a report from BroadGroup which suggests that the market in third party data centres in  Norway, Sweden, Finland and Denmark will increase by almost two and a half times in terms of square metres used, and triple the power requirements, with Denmark in particular benefiting hugely from the construction of a monster Apple data centre .

The region is fast emerging as a key gateway hub between Europe and Asia, as well as being an aggregation point for Russian traffic, for which business IP data is expected to grow two-fold from 2015 to 2020 to 1.3 Exabytes per month.

The region’s attractiveness as a data centre location is due to a mix of lower costs and taxes for an abundance of renewable energy particularly hydro-electric and wind power, incentives offered by inward investment agencies, alongside a skilled work force, stable economic environment and strong data protection and privacy laws.

Industrial electricity pricing in the Nordics is the lowest in the EU, while overseas investment by the likes of Google, Apple, Yandex and Facebook have strongly influenced the emergence of digital eco systems. And that’s not to underestimate local investments from a healthy tech sector, as well as a recent survey from TechTarget that found that automation is among the top priorities for Nordic IT decision makers in 2017. With 37% of Nordic companies planning to implement an IT automation initiative during the year, demand for data centre resources is expected to rise in tandem.

This comment from BroadGroup hit the nail on the head: “Lower power costs, abundant resources of green energy, local and international investment, connectivity, taxation incentives, and natural cooling efficiencies present a formidable argument for consideration in the international IT deployment plans of any global enterprise.”

Which is why Colt has announced the expansion of the high bandwidth Colt IQ Network to Helsinki, one of the top five most attractive countries in the world for data centre investments. By extending its existing Nordic network, Colt is providing new network routes including 10Tbps capacity to Stockholm, and a 100Gbps-enabled connection closing Colt’s fibre ring from Finland towards Germany, linking Helsinki to Warsaw and Berlin. 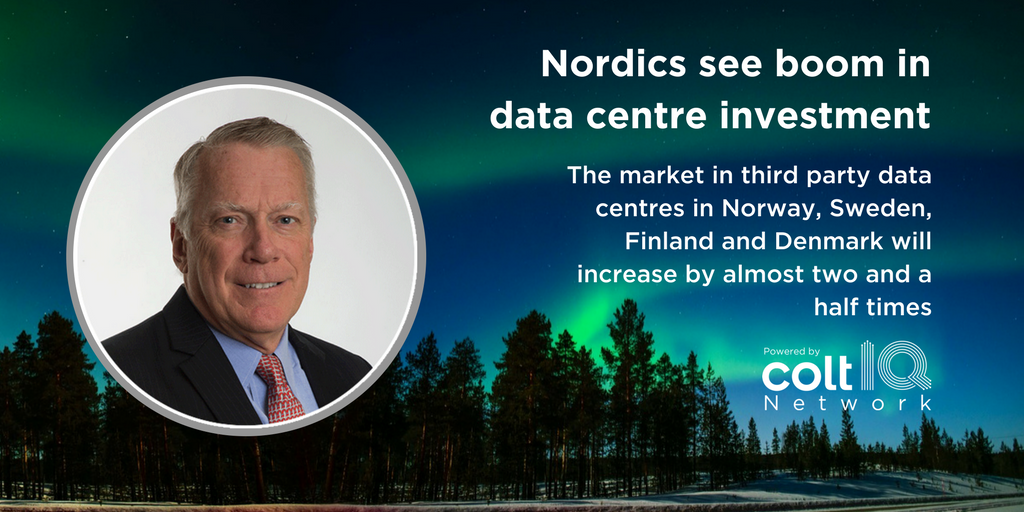